A friend of mine posted this on Facebook, and I love this look into how creative people of the past have worked. Since I’m trying to think of a more manageable routine for myself, this is helping me to see possibilities. 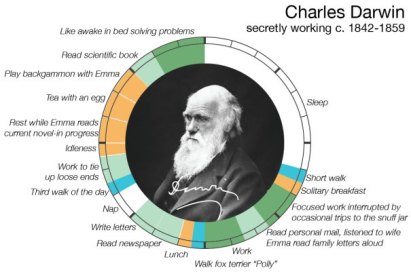 “We all have the same 24 hours that Beyoncé has” and its various iterations took the web by storm in late 2013 as the megastar became the figurehead of not only having it all, but being able to somehow do it all too.

How do creatives – composers, painters, writers, scientists, philosophers – find the time to produce their opus? Mason Currey investigated the rigid Daily Rituals that hundreds of creatives practiced in order to carve out time, every day, to work their craft. Some kept to the same disciplined regimen for decades while others locked in patterns only while working on specific works. 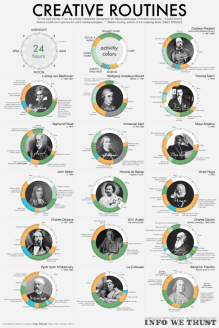 There are enough data to visualize a portion of the hundreds of creative lifestyles. Click the poster to discover:

This last week, I’ve been trying to adjust emotionally to life after cancer treatment. It’s not like stretching a rubber band and having it snap back to its old shape and form. Post-cancer life is uncharted territory that requires exploration of inner space and decisions about what paths to take.

I haven’t been able to read your blogs this week, and this afternoon, I finally admitted to myself that I’m not going to be able to catch up with the backlog. I’m sorry. I’m hoping to get back into a regular pattern of writing posts and visiting other blogs soon. In the meantime, please know that I’m thinking about those of you I usually read regularly.

Looking for Writers to Participate in a Blog Chain

In two weeks, I’m going to take part in a blog chain about the writer’s process. At the time I post my entry, I also have to list three other writers who’ve agreed to participate. So I’m asking you, my readers, if you’d like to take part. The blog entry consists of answering four questions about your writing process.

Any takers? It could be a chance to get some new traffic to your blog. First three volunteers are in. 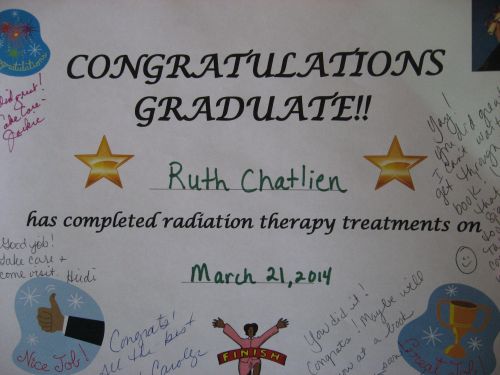 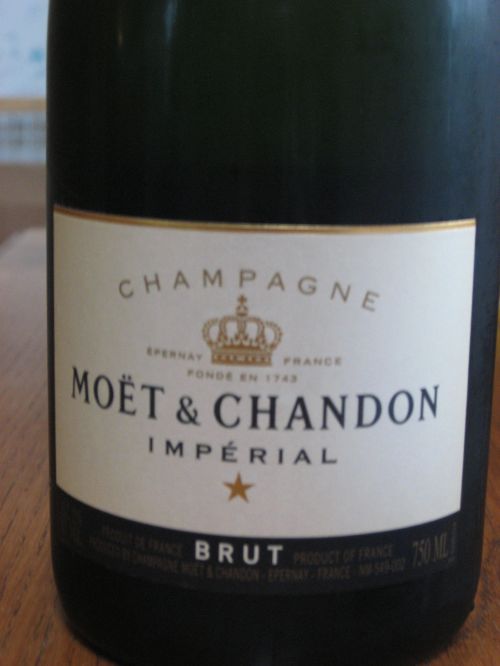 Pictures of My First Author Talk 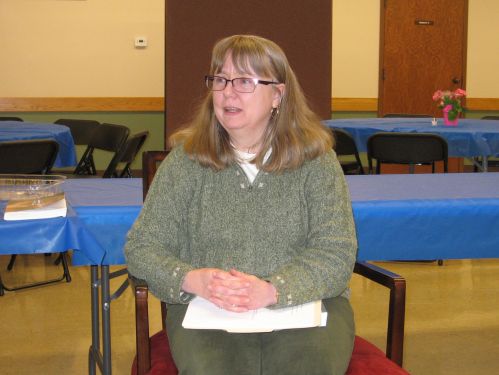 Queen’s Gambit by Elizabeth Fremantle tells the story of Katherine Parr, Henry VIII’s sixth and final wife. For several reasons, she is an unlikely choice of bride. Katherine is no unmarried maiden when they wed. Henry is actually her third husband! In addition, Katherine is not young; when she marries the king, she is thirty-one (considered middle-aged in the 1540s). Her age makes her a surprising choice for a man who is desperate to sire more sons to secure the Tudor possession of the throne.

Fremantle does a good job of demonstrating the personal qualities that causes Henry to marry Katherine despite her seeming disadvantages. She can be sensible and tactful, yet she is also intelligent and brave. For example, she is not afraid to beat the king at chess. In a court full of sycophants, that honesty and courage make her stand out in the king’s eyes.

As Fremantle interprets Katherine, however, she is not always prudent. Between the death of her second husband and the offer of marriage from the king, she is swept away by passionate love for Tom Seymour, even though her first impression is that he’s too glib and self-regarding to trust. Much of the tension of the novel derives from Katherine’s fear that Henry will somehow learn of this prior love. After all, other queens before her have been sent to the block for unchastity and infidelity—real or imagined.

Several secondary characters added greatly to my enjoyment of the novel. My favorite of these was Katherine’s servant Dot, who is unschooled yet wise, observant, and fiercely loyal to her mistress. Dot’s longing for the court musician William Savage provides romantic interest during the chapters when Tom Seymour is out of the picture.

Fremantle is adept at plotting and characterization. Her descriptions offer enough period details to ground the reader firmly in the historical place and time without bogging down the prose. I can honestly say that I much preferred this book to the last one I read by Philippa Gregory, whom many regard as the queen of Tudor fiction. I’m looking forward to many more good reads by Elizabeth Fremantle.

Review at Queen of All She Reads

The Ambitious Madame Bonaparte is reviewed today at Queen of all she reads. You can read it here.

Tagged as The Ambitious Madame Bonaparte