Get It While It’s Free!

The Kindle version of The Ambitious Madame Bonaparte is free through June 24. You can get it here.

And not only will you receive my entire first novel, you’ll also receive a preview of the recently published Blood Moon: A Captive’s Tale.

Who could ask for more than that?

I’m so pleased to be a guest on Mary Tod’s wonderful blog A Writer of History.

All about historical fiction 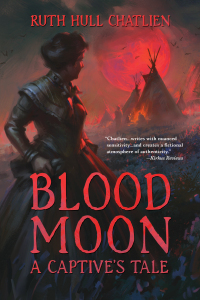 With recent press on the dangers of cultural appropriation, Ruth Hull Chatlien provides readers and writers with an interesting and thoughtful perspective. Ruth’s latest novel, Blood Moon – A Captive’s Tale, released this week.

The moment I heard about Sarah Wakefield’s experiences as a captive during the deadly Dakota War of 1862, I knew I had to tell her story.

The Dakota War of 1862 took place between the Dakota people and white settlers of southern Minnesota, but it’s not widely known because it’s overshadowed by the Civil War. Minnesota is the ancestral homeland of the Dakota (also called the Sioux), but by 1858 when Minnesota achieved statehood, the United States government had convinced them to relinquish nearly all their lands in the state. All that remained was a narrow strip of land running along the Minnesota River…