Help Me Get the Word Out! 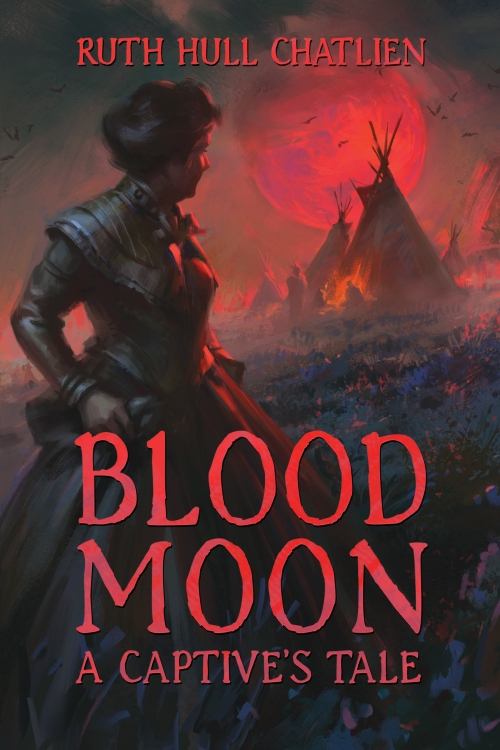 The moment I heard about Sarah Wakefield’s experiences during the deadly Dakota War of 1862, I knew I had to tell her story. Because Sarah was unusually sympathetic to the Dakota people’s reasons for fighting, I wanted to use her as a bridge character to explore both sides of the conflict.

Now my fictionalized version of her ordeal is about to be published. Blood Moon: A Captive’s Tale is coming out on June 14, 2017. I’m very proud of this novel because I think it illuminates an important episode in our country’s history.

Now I’m asking you to help me spread the word. Thunderclap is a crowdspeaking platform. It’s like Kickstart and Go Fund Me, except instead of asking people to donate money, it’s asking them to donate the use of their social media accounts for a one-time announcement.

To participate, all you have to do is to follow this link to the page for my campaign and agree to let Thunderclap post my advertising message to your social media accounts.

I have participated in Thunderclap campaigns for several friends, and I can assure you that it’s not only very simple to do, but Thunderclap will not post anything to your page except this one campaign you agree to take part in.

In short, participating in this campaign is a simple, almost effortless way to help a friend. Will you please sign up today?

My upcoming novel Blood Moon: A Captive’s Tale will be published on June 14. Today, I want to share the cover and one of the early scenes. 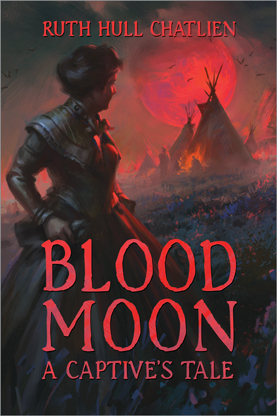 The voice of my son breaks into the conversation I am having with my hired girl. Jimmy races into the kitchen and stops so abruptly that he nearly topples over. He gazes up at me, his blue eyes as wide as I have ever seen them. “Mama, a b-big war party is riding past.”

My heart lurches as I remember last month’s ominous sign, but mindful of my son, I place a hand on my chest to calm the palpitations. Although I am by nature a fearful woman, I must appear calm for the child’s sake. “Past the agency?” I ask. “They are not stopping here?”

“No. They are riding to the ford. Very fast.”

I expel my breath, yet my nerves remain as taut as freshly tuned piano wires. The Sioux have been restive this summer, so I dare not dismiss the possibility of danger. Jimmy grasps my hand and pulls me toward the parlor. I resist, saying, “Wait, let me think.”

My servant speaks up, “Mrs. Wakefield, I think I know what is happening.”

I glance back at the raven-haired girl, and for a moment, God help me, I wonder if I can believe her. Because Mary is Sioux. The name she was given at birth was Makawee, but the Reverend Mr. Williamson renamed her when she enrolled in his mission school. For a second, I stare at her. Although she is clad in a blouse and skirt like a settler, all I can see is the bronze skin and high cheekbones that mark her as a different race from me. Then I remember how tenderly this girl has helped nurse my children through their illnesses, and I tell myself I can trust her.

“I heard that the Chippewa killed two of my people on the 22nd. This party must be going to take revenge.”

So they are not going after whites. My knees go so weak with relief that I brace my hand upon the table. During my years in Minnesota, I have learned a thing or two about the enmity between the Chippewa and the Sioux. In 1858, when John and I were living in Shakopee, the two tribes fought a battle so near the community that many townspeople went out to watch as though it were a wrestling match at a county fair. After the fight ended, John treated the wounded Sioux, and I assisted him as much as I was able, given my lack of medical training.

Now Jimmy leads me out the front door. We leave our fenced-in yard, cross the path that bisects the cluster of agency buildings, and climb the slight rise of land on which the warehouse stands. Once we reach that building, we halt and gaze at the government road that runs past the agency and curves toward the ford just west of the place where the Yellow Medicine River empties into the Minnesota.

The war party that gallops before us is large indeed. Even though I delayed coming outside for at least a minute, a steady stream of riders still passes our settlement. They travel so quickly that clouds of dust rise as high as the horses’ flanks. Judging from the direction they are headed, I conclude that Mary must be right. The party seems to be heading toward the Big Woods to fight the Chippewa.

BLOOD MOON: A CAPTIVE’S TALE is now available for preorder at the following links:

Check out the cover reveal and preorder information for my upcoming novel at the blog Layered Pages.